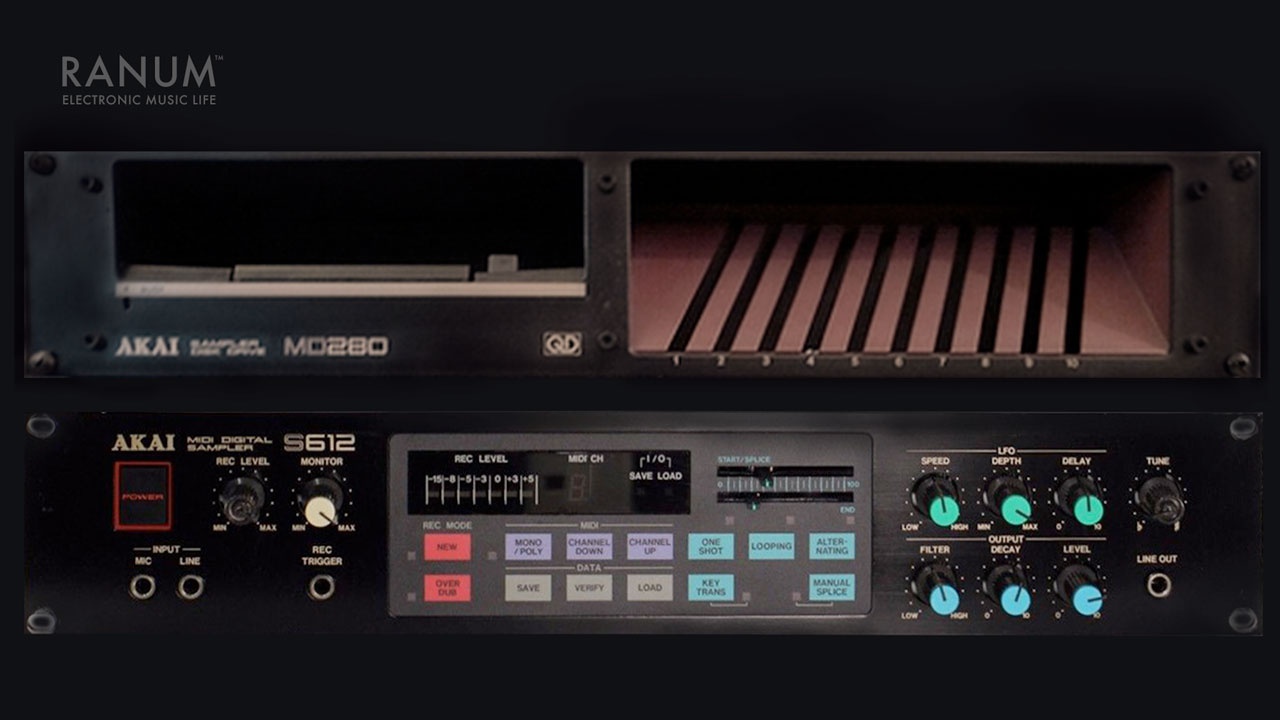 The S-612 is really simple to operate: It is basically Record, Set Start/End and Play.

It records at 12bit, 32Khz, and has a recording time of 8 seconds total. The resulting sample can be player with 6-voice polyphony.

It offers a Sound-on-Sound function where you can add to an already recorded sample (Overdub).

And you can a loop within your sample by adjusting the sliders. A convenient way, but too imprecise to be really useful beyond basic looping.

A basic LFO can produce vibrato on the samples. A very basic LPF and Decay controls the output.

On the optional MD-280 Disk Drive, you can save and load samples to a micro floppy.

Although the S-612 is indeed very fast to work with to bread-and-butter sampling, it’s limited parameter set narrows its creative potential.

Only when the company later launched the S-900 and S-1000 series samplers, Akai became a major player in the Digital Sampler field.