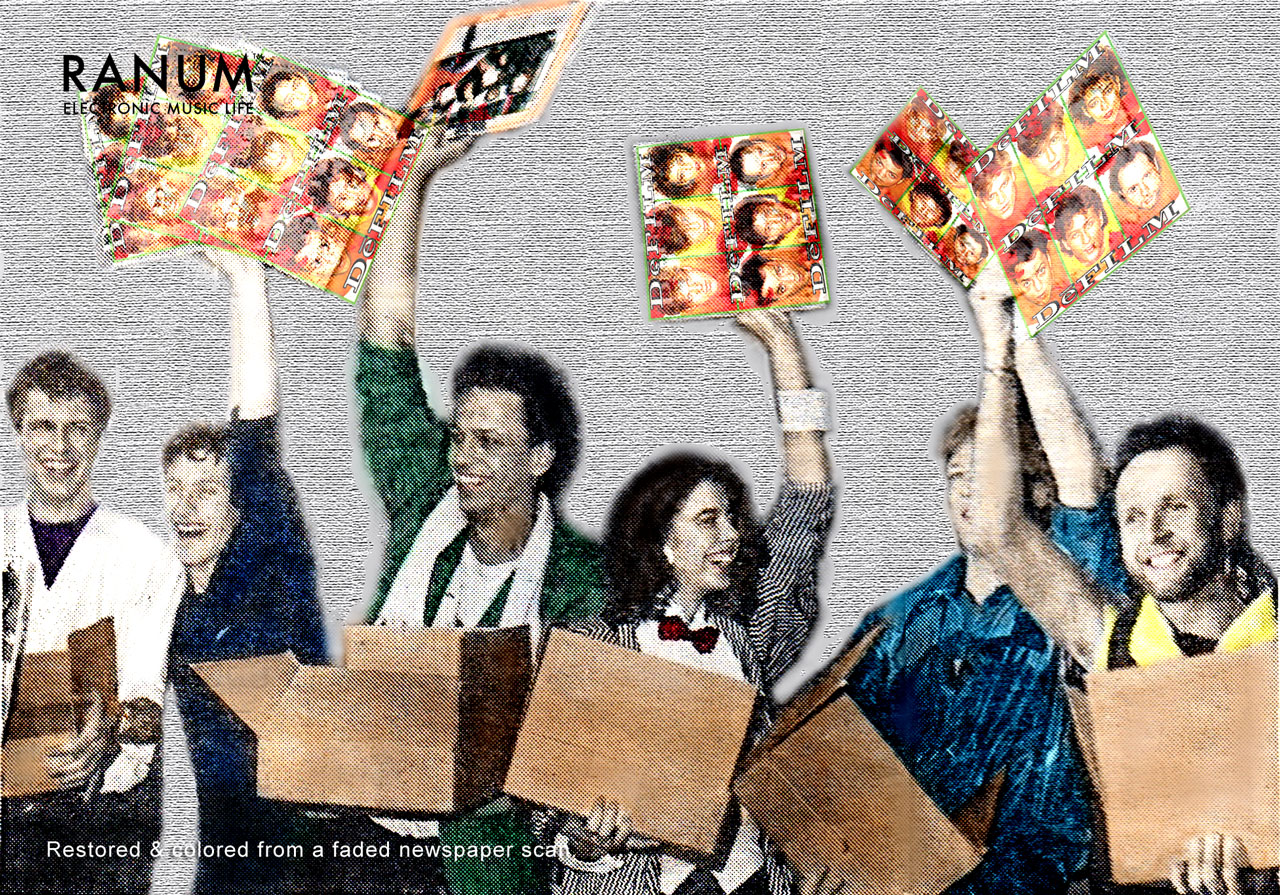 After years of work, everybody was looking forward to the day where the album finally would be released.

The release party was held in Park Bio, Østerbro, Copenhagen with a curious press eagerly waiting to hear the result. The Park Bio venue was popular at the time, with both a cafe, the cinema and a night club on the premises.

The release event was arranged so that the newly pressed records would be brought in by a truck fresh from the factory during the afternoon. The triumphant band picture was taken just after unpacking the first copies.

A big banquet with drinks was lined up, and the record was played in the cinema where a very large – and very loud – soundsystem was installed. The music was accompanied by old silent movies. 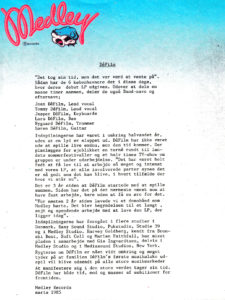 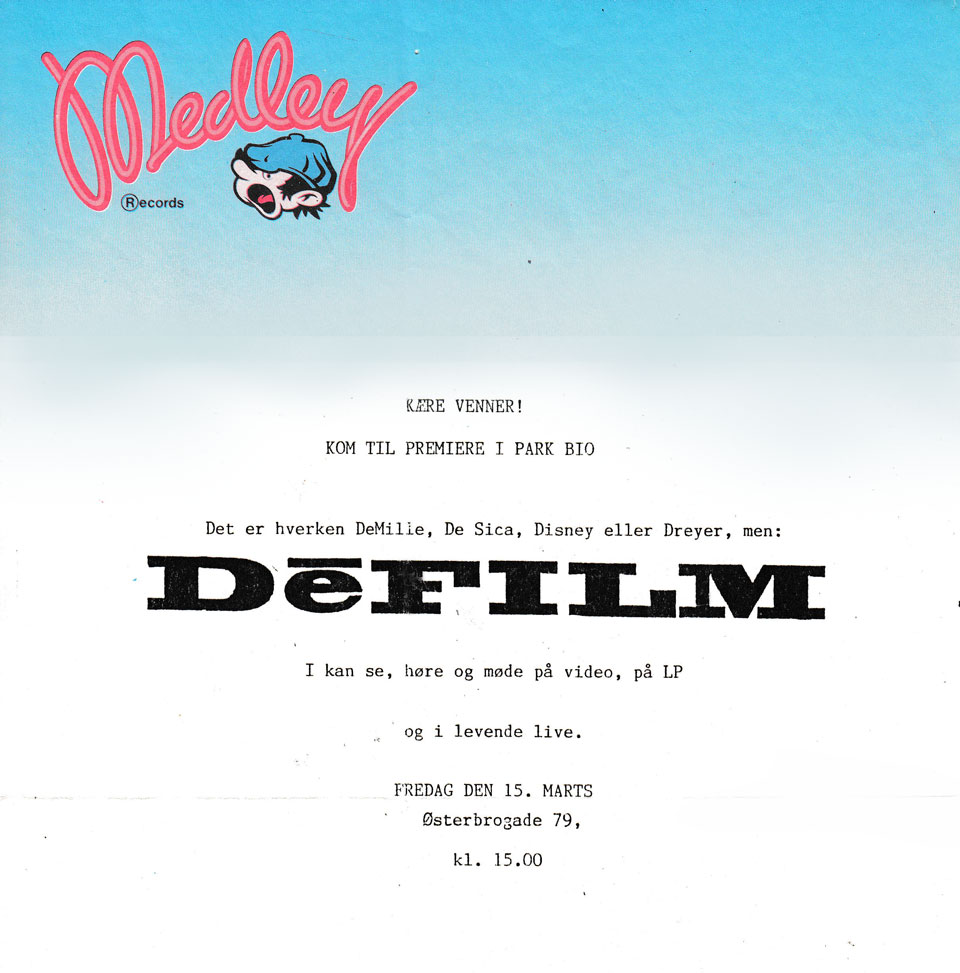