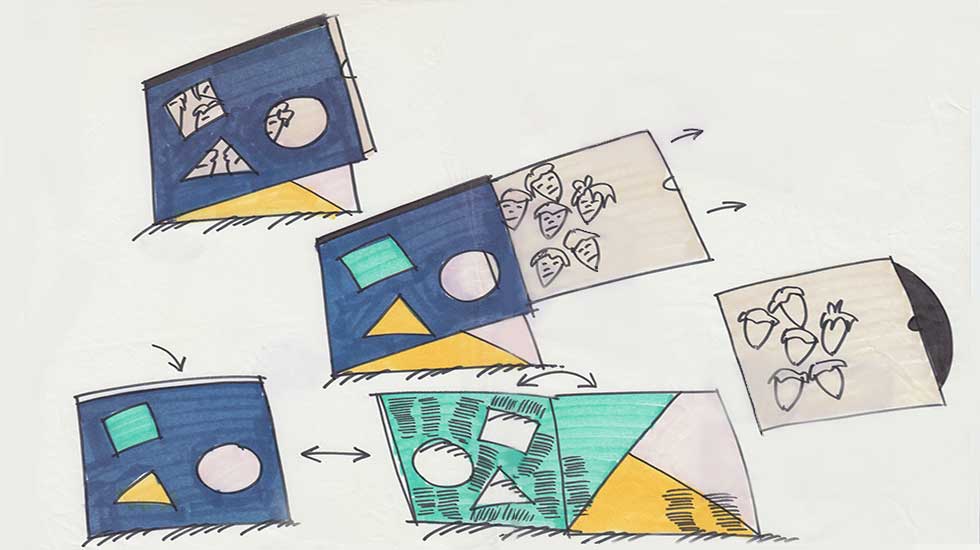 After a long name debate, we finally settled on the name “Boys & Girls”, which everyone was quite happy with since it matched the forward sound and unspoiled feeling of the band.

And the suddenly it was remarked that there was in fact only 1 girl – Joan – so the name was dropped for this reason.

Then in a slight twist, the name was changed to “Boys Don’t Cry” – a line that also appears in the song “747”

But a short while before the release of the first album, all of Copenhagen was suddenly plastered with posters for the new Cure album – “Boys Don’t Cry”.

And since that would appear together with our release, we were in a name panic.