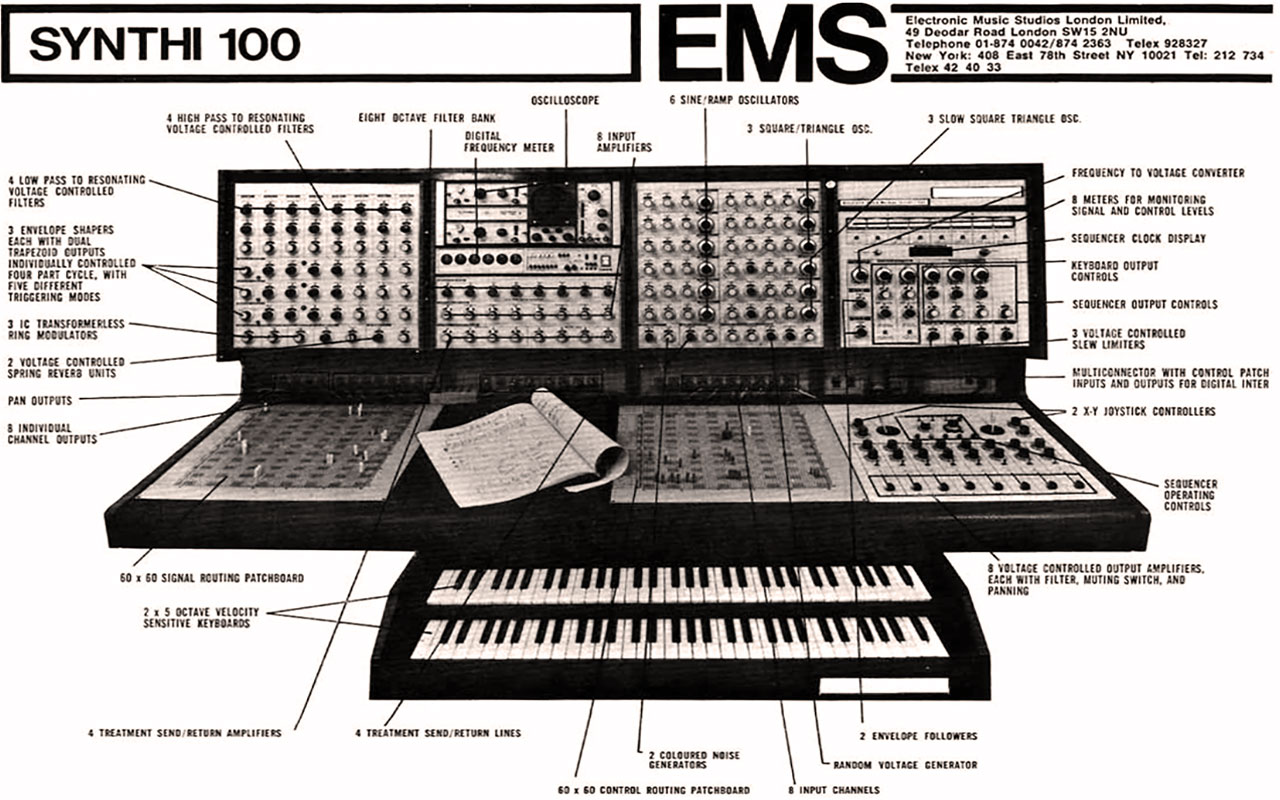 But nevertheless the company has produced some very influential and powerful synths.

The best known model is probably the VCS-3 synthesizer, which appeared in a few variations, such the “Putney”, “Synthi A” and “Synthi AKS”. This was brought to prominent use by among others Pink Floyd, Brian Eno and the venerable BBC Radiophonic Workshop.

But the definite mothership is the mighty Synthi-100 which is absurdly big, powerful – and somewhat unreliable. With it’s 7200 pinholes in 2 matrixes it can take several minutes just to locate the right coordinates. So a bit of a daunting task to enter. But of course you are then rewarded with a mind blowing array of musical and otherworldly noises.

I had the pleasure of operating this system on several lengthy occasions, as it was stationed in the Danish HEMS studio, located in the west coast town of Holstebro, Denmark. You basically rented a house with the synth in it.

Although equipped with a dual keyboard, the synth is actually not that well suited for “normal” keyboard based music production, since it would only stay in tune for a max 2 octave range, before drifting too much. The sequencer is better for pitch control in this respect, since the voltages are continuous and can be adjusted per step.

I still have a few recordings of the sessions. Check the “Elephants” experimental soundbite.

The synth is also featured on the defining art rock album “City Slang” by Danish artist Lars HUG. The track “Hamburg-Köln” builds upon my original track which was recorded with the Synthi-100 and my Roland Jupiter-8.

Later I was actually offered to buy the Synthi-100 for a very modest amount, since it was considered an anachronistic white elephant once the more accessible polyphonic synths started to appear. Unfortunately I had to turn it down due to space limitations, since I had a very small studio at the time, and the machine was almost 2,5 metres in width and 1 meter in depth. Also I had just bought the Moog Modular system and thought I was well-covered. Still regretting it, though…. 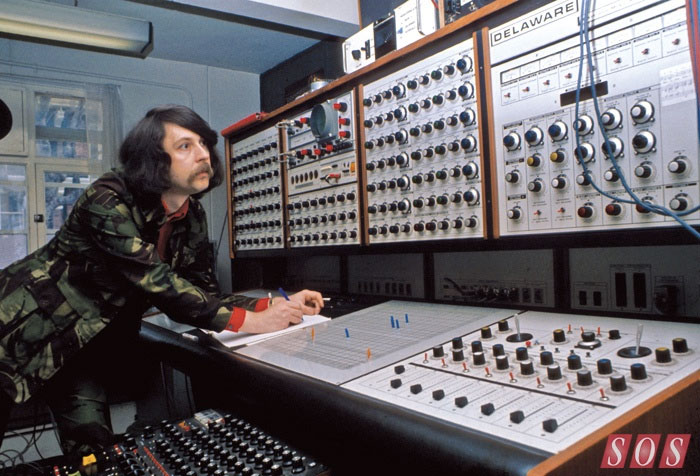 The Synthi-100 in operation (Photo from SOS Magazine)