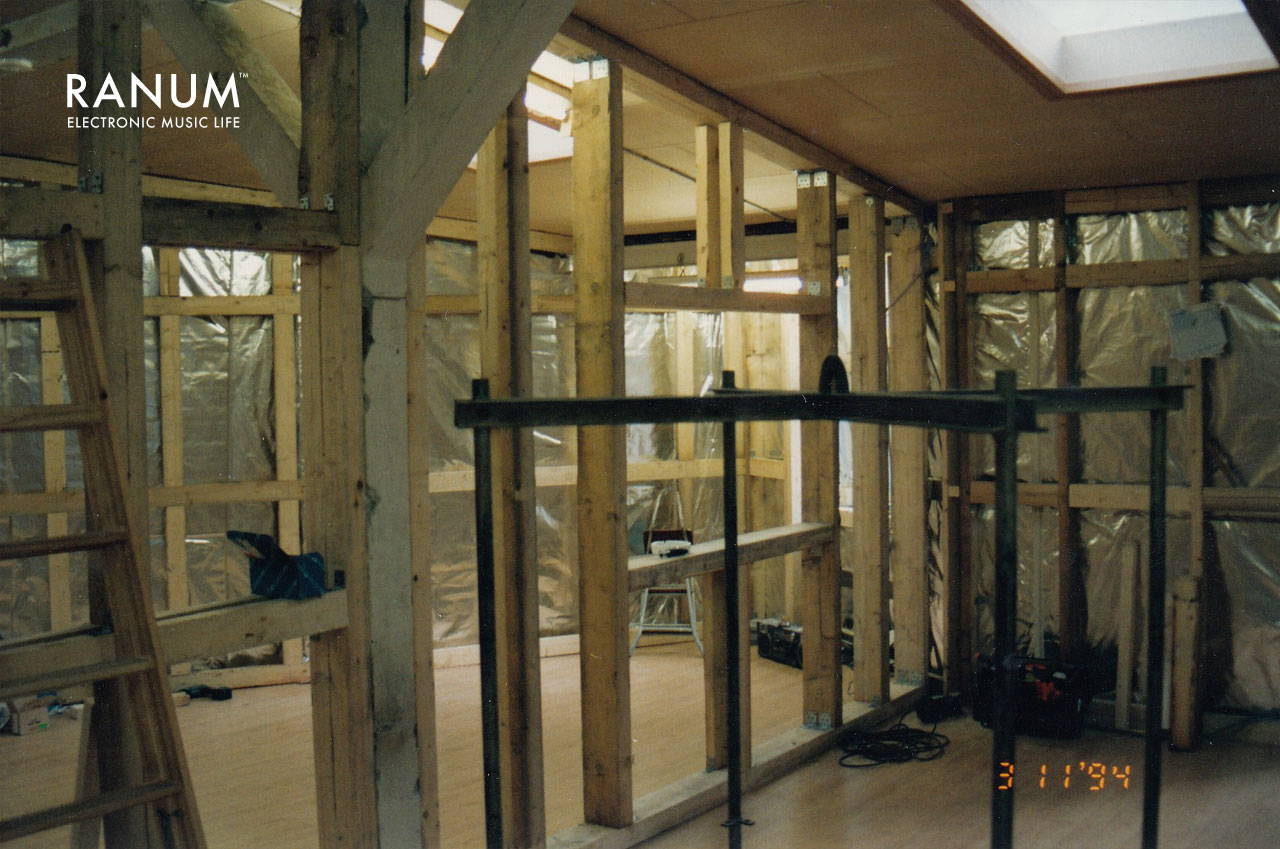 Some 5 years after moving in on first floor in the backyard building on Gammel Kongevej 47B, Copenhagen, I got the chance to get an additional 85 m2 space in a small adjacent free-standing building. The owners of the building were known to be quite tough businessmen, with connections to “well known organised MC clubs”, so i was a little worried about the outcome. But finally, after rough negotiations, I took over this space.

Because the building was separate from the main building where my studio was located, I needed permission from the Copenhagen building authorities to establish a fire proof door between the 2 houses, to have direct access to the new space.

The old industrial building was in a quite bad shape, so a reconstruction was needed to turn it into a suitable space for recording purposes. The process took more than 6 months before I could finally include it in the studio. This gave me an additional 50m2 large recording room, plus a 25 m2 extra control room. A heavy crane was attached to the ceiling of the recording space, with which you could lift gear directly in through a balcony door from the backyard and into the studio.

In the beginning it was meant to be an addition to the existing studio space, but developments in the music business and advances in production methods made it clear that it was probably a little overkill. So shortly after, I establish an extra separate control room, bringing the total of control rooms up to 3. The recording space could then be used both by the existing studio and the new control room.