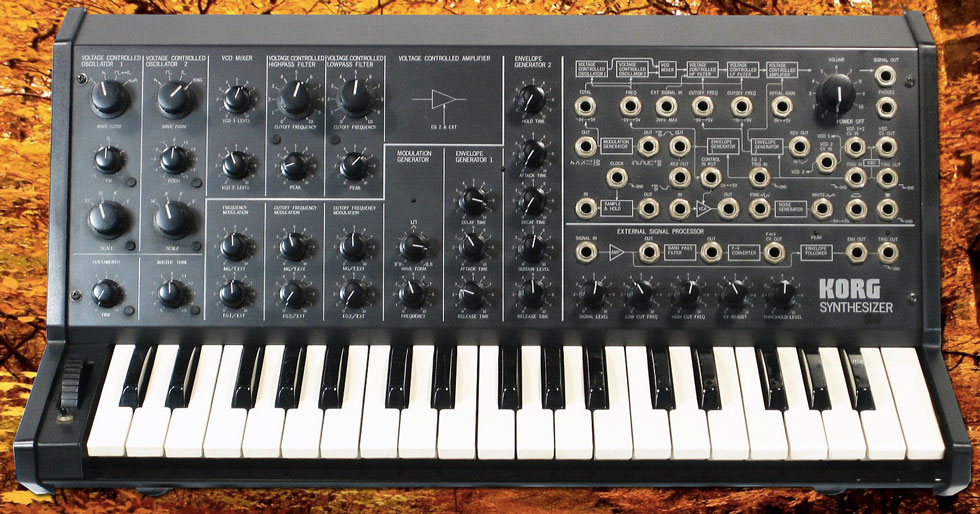 When Korg launched the MS-20 Synth in 1978 they changed the rules for affordability and flexibility for a performance synth. The selection of sound parameters plus the added patchability made it a winner – at least on paper. But if you traded your MiniMoog for an MS-20 you would probably be disappointed at first, since the sound is very different between the two synths. They would rather complement each other very well, since the MS-20 covers especially the mid-range in a way the Mini does not. The MS-20 never reaches the full bottom end and fatness of the Moog, but the combination of the 2 resonant filters (HPF/LPF) helps it cut through a busy mix with a dirty, but very musical resonance.

Although the pre-patched architecture of the MS-20 is quite flexible by itself, you get a lot of additional possibilities by using the patch panel. You also get access to extra modules, such as noise generator, a full sample-and-hold circuit, and an extra VCA. 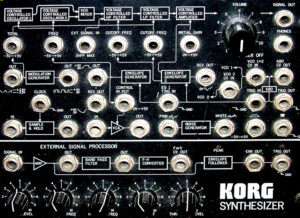 NO EASY WAY OUT, SON

The semi-modular format also meant, that certain pre-wired connections that are present on others synths do not exist. If you want to control something with the modulation wheel, you have to physically insert a cable between the CV output of the  Mod Wheel into the parameter you cant to control – Pitch, Filter, Mod Amplitude etc.

What really lifted the MS-20 to an extra dimension is the inclusion of a complete input module with Driver, Band Pass Filter and Envelope Follower. With patch points for every step in the signal chain, this module really adds to the sonic potential of the MS-20. With the input control you can add drive and distortion, and use the Band Pass Filter for additional filtering.

The MS-20 has later been recreated by Korg, both in software and in hardware.

First it appeared as part of the LegacyCell Virtual Instrument suite (AU/VST).
The plug-in was later reinforced up by a dedicated USB mini programmer, which was a physical clone of the synth but without any sound of its own.

Second came a very competent iPhone / iPad app – the iMS-20, which bundled the MS-20 with a drum sampler, a mixer and a virtual recreation of the SQ-10 sequencer.

And lastly the full analog MS-20 was re-introduced in 2014 as a miniaturized (83%) hardware analog clone of the original – called the MS-20 Mini. Only difference was MIDI control (notes only) and that the 6,4″ Jack sockets were replaced by 3,5″ Mini Jacks.