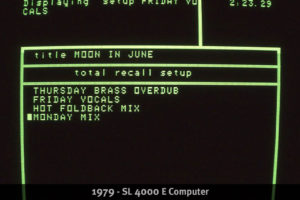 Since the beginning of recorded music, there has been a need to store and recall your sound and mix parameters. The more advanced the recording sessions – the more more urgent the need.

In the late 1970’s the large mixing console manufacturers, like Solid State Logic (SSL) and Neve, started to address this need. The mixing consoles were equipped with VCAs that could be controlled by a built-in computer.

Neve called their system “Flying Faders”, while “Total Recall” was the mantra for SSL. 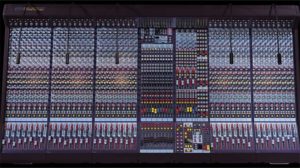 A common technique uses was to take one or more Polaroids of the large mixer and the outboard equipment, and then manually adjust the settings until they looked like those on the photo.

Needles to say it was a cumbersome process, and it never sounded exactly the same anyway.