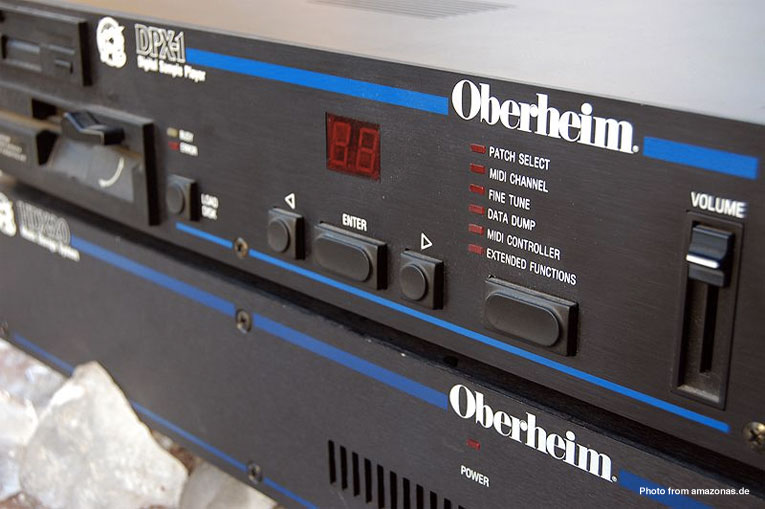 Only problem was that these machines each has their own, mutually incompatible file system, so you needed to have all units to use their sound libraries.

With the HDX-20 Hard Disk option and the Optical Media CD-ROM (3-disc) library for Emulator II attached, you really get a powerhouse instrument for a modest price. It was an only 2U high rack unit with full MIDI implementation.

I had 3 DPX-1s in my studio, with the Optical Media Library. I had a special switch made, so all units could access the library without re-patching.

The DPX-1 has one serious flaw – it suffered from quite a lot of digital and MIDI latency compared to the original machines. This had to be compensated for in the controlling sequencer by a negative delay offset to the MIDI data. Also the filter is not exactly similar to the different filters in the source machines, so sounds are not always 100% precisely reproduced. But still enough to be perfectly usable.