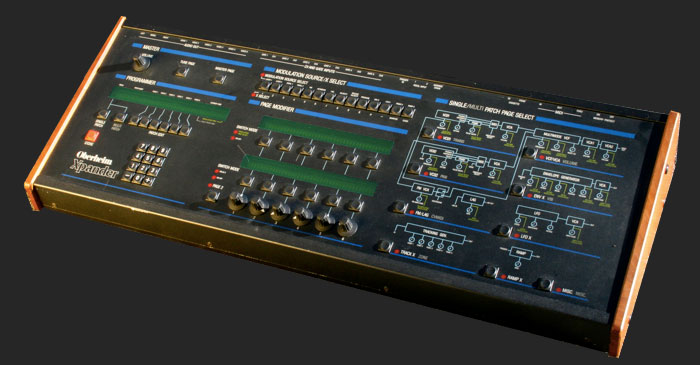 The Oberheim Xpander was a very ambitious synth for the time (1984).

It features a very flexible analog subtractive engine, and adds a Modulation Matrix that gives it a lot of extra flexibility compared to fixed signal path synths prevalent of the period.

It’s 6 voice can be split in 6 fully independent monophonic synths, that can be individually controlled.

With 15 Modulation and the innovative Modulation Matrix system, the sound can be as deep as you need.

In many ways it emulates a modular synthesizer, and even sports a CV/Gate interface. So it integrates nicely with the modular system.

Also it was also one of the first synths to feature the then newly developed MIDI Interface, and also an early adapter of the keyboardless synth module format.

A year after it’s release, Oberheim released a keyboard version – Matrix-12 – that essentially was 2 Xpanders with a keyboard.