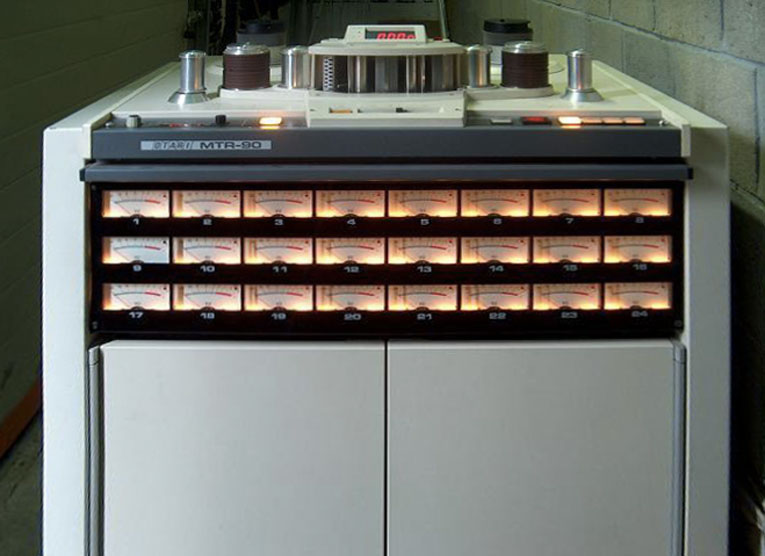 The coherent and semi-magical mojo sound of a hot level recording to analog magnetic tape is generally considered attractive in the audio community.

King of the lot

I have had a range of analog tape recorders through the times. From the Sony first TC-270 2-track and Revox B77, over the Teac 4-track, Tascam PortaStudio, to the Fostex B-8 and B-16. But the king is undoubtedly the 24-track Otari MTR-90 Mk. II. A really impressive piece of Japanese mechanical engineering, built to perform day after day in a busy studio environment. Only really matched (and perhaps even surpassed) by the Studer A-800 Model. Another direct competitor were the Danish company Lyrec, who also made 24-tracks, albeit of a more discounted variety.

It is possible to edit directly in the 24-track master tapes, by the good old razor-blade method. You need a precision splicing tool, and suitable splicing tape. The cut must not be in a straight angle, but rather slightly tilted, to make more seamless transitions.

The machine comes in 2 mutually dependant parts: The huge recorder itself, and the R2-D2 like remote, which you quickly came to love for its cool and cute looks, the flashing lights and the superior ergonomics. The remote is connected with a rather large cable, with a standard length of 3 meters. But this can be extended to 10 or more meters, without compromising performance. 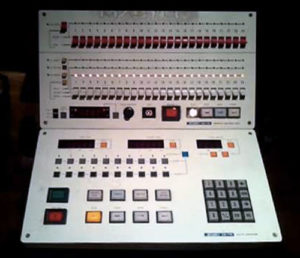 A powerhouse on the loose

The Otari’s powerful motor draws enough power to equal almost 3 HP. Occasionally you would even notice the lights go down a bit as the recorder entered Fast Forward or Rewind. When spooling, it is highly advisable to keep long hair and scarfs away from the mechanical parts. Some horrorful stories have been reported as a result of ignorance about this.

The Otari Taperecorder was present in these versions of the studio:

Parting with a trusty friend

The warm and brilliant sound of the Otari/Amek analog combo can not be discussed. I frequently encounter old tapes from the period, and they still sound very good indeed. But the rapidly changing production updates in the media world demanded more efficient session recalls.

By the mid-1990’s the machine had outplayed it’s role in my studio environment, and it was sold together with the Amek Angela desk, to make room for more modern digital equipment. Even though the 24-track machines have enjoyed moderate retro interest, the drawbacks are massive compared to modern production methods. So I always resist the temptation of “going back”.