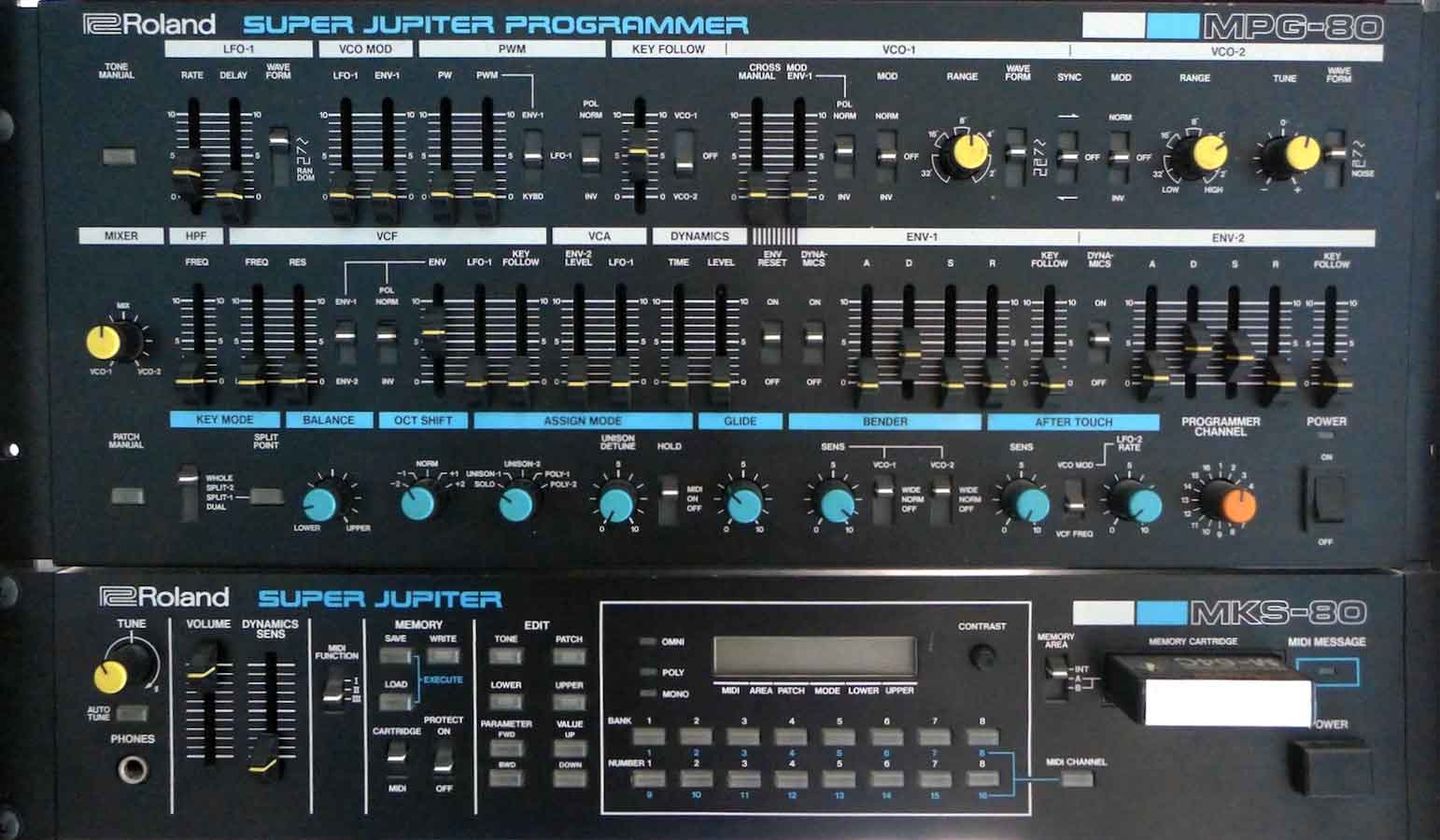 The Roland MKS-80 was launched as a rack successor to the big and beautiful Jupiter-8 synth – the unofficial king of the 80s polysynths. The MKS-80 had several additions to the JP-8, with MIDI and Velocity response as the most important. This made the instrument a lot more expressive, than the sweet sounding but more static Jupiter-8.

The MKS-80 is probably my favourite MIDI synth module of all times. Since I first acquired the MKS-80 immediately after its release I fell in love with the hard, but warm sound, and the deep sound sculpting possibilities inherited from both the Jupiter-8 and it’s smaller sibling, the Jupiter-6. I got the MKS-80 as a replacement for my otherwise much beloved Jupiter-8. This was too big, heavy and fragile for the intense live setup I was building, which required massive synth power on a very small footprint.

I quickly realized that it was quite a different sounding unit from the Jupiter-8, although the architecture was almost identical. But even so I was able to almost exactly duplicate all my Jupiter-8 sounds with it – plus gained access to a wealth of new sounds and possibilities.

Sounds are stored internally or on a memory cartridge in banks of 64 sounds (8×8). These memory cartridges can also be used for other Roland synths, such as the JX-8P and the MKS-70.

The unit has professional XLR outputs for optimum sound and connection quality.

The backlit 2-line display is informative, but very barebone, The display backlight fades over time, as was common among the equipment if that period. It can only display one synth parameter at a time, and this makes it very awkward to edit the synth from the front panel. You need a programmer such as the MPG-80 or a software equivalant for a hands-on experience. However, the MKS-80 MIDI implemntation is very through, and allows you make very efficient softare editors.

I have made my own editor for Logic Pro X which can be seen here.