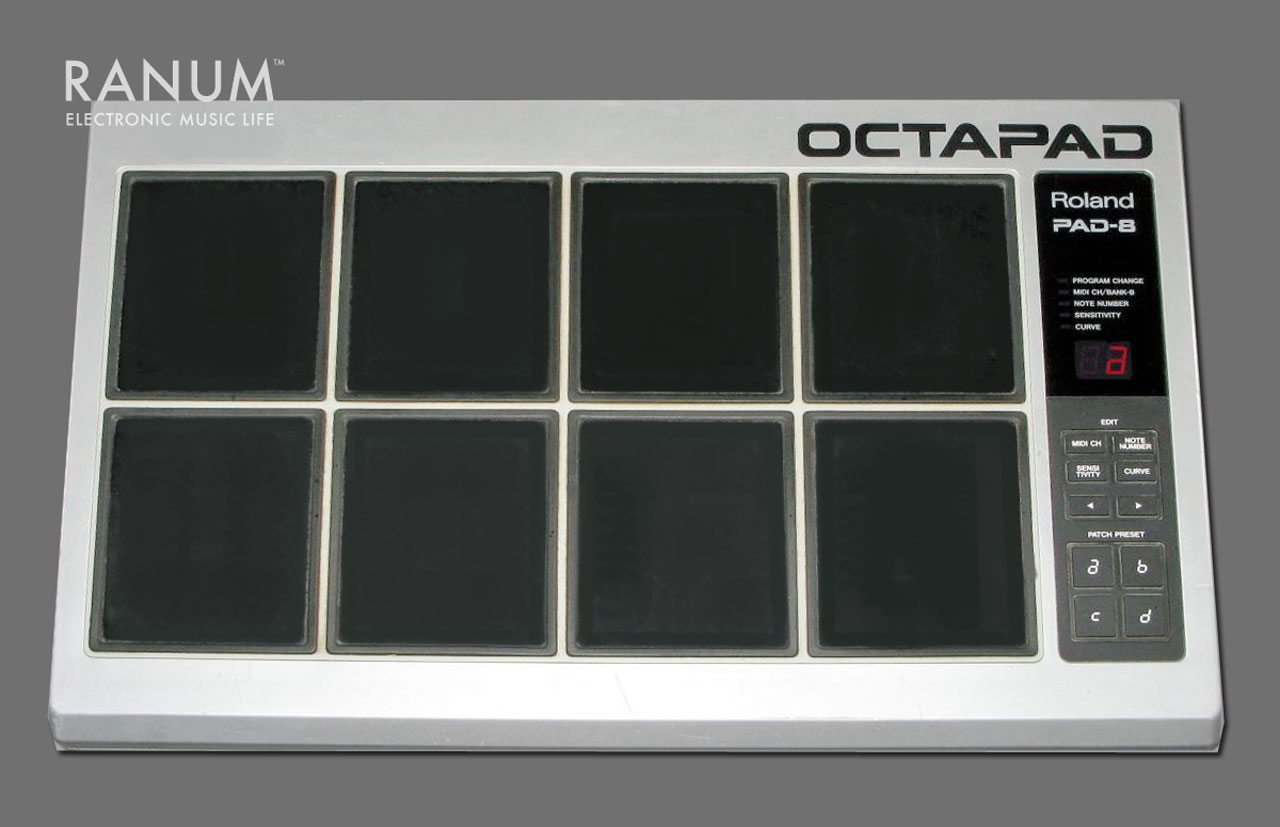 The appearance of the MIDI standard and MIDI equipped samplers and drum machines spawned a new segment in the musical instrument industry – the MIDI controller.

Unable to produce any sound by itself, the controller acts as an interface between the musician and the sound producing units.

Keyboard controllers (“Mother Keyboards” or “Master Keyboards”) were obviously the first controllers to be launched. But soon you could get drum pad controllers, where banging a plastic pad with a drum stick would send out a MIDI note to a connected device, By matching the MIDI note number of the pad and the sound to be played, the sound could be triggered reliably.

Drum pads and drum controllers had already been known for a while before MIDI became the sstandard. By mounting a piezo-electric microphone close to a drum head, you could produce a trigger impulse, that could fire off a connected synthesizer. This system was used in the infamous Simmons Drums, that spread their characteristic synthesized drum sounds all over the early 80’s hits.

The first mainstream MIDI drum pad controller was the Roland Octapad from 1985, which was very successful and has appeared in several revisions over a longer period, and is actually still available under the name of Octapad SPD-30 today (2017), although it is heavily beefed up with internal sounds and effects.

The original Octapad was then a huge improvement over keyboard based drum programming, and immediately gained wide acceptance and forced competing manufacturer to put out their own products, using this new way of playing the electronic drum sounds. The Octapad was seen everywhere, and made the bands seem futuristic and modern in TV and live appearances.

The Octapad allows the drummer to make quite realistic fills and ghost drum notes to enhance the stiff quality normally associated with drum machines. But since it merely spits out MIDI notes, the unit is not limited to controlling drum sounds. By selecting the right combination of MIDI notes and connecting a tonal sound, you can play some seriously mean basslines, funky synth licks and sound effects.

One thing that became apparent for drummers using both the original Simmons drums and the Octapads, was that it put serious strain on their wrists, and in many cases caused the dreaded carpal tunnel syndrome, which can silence any drummer with pain.