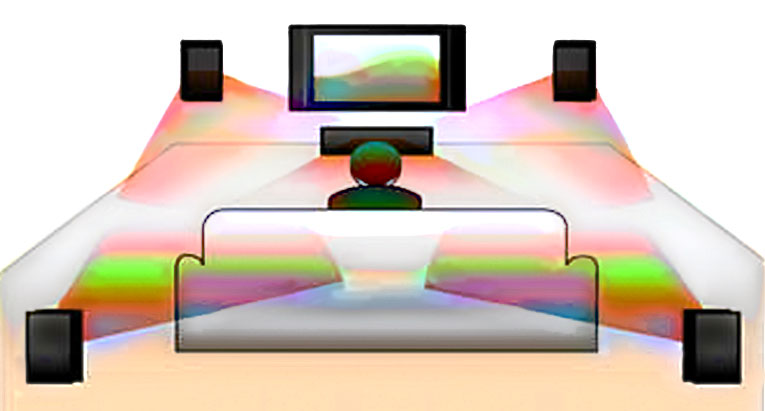 In the beginning of recorded history, it was an accomplishment in itself just to be able to record something and play it back. The recordings were monophonic – with sound coming from a single sound source.

As technical development progressed, experiments were carried out with more sound sources (speakers) in order to create a more natural sound field. The stereophonic sound was a compromise, that gave much wider sound image from only 2 speakers. And everything in the recording and playback chain had to be able to read and process 2 individual channels. This is still the most widely accepted format for music, and incidentally matches the number of ears on a human.

However, the human hearing is much more complex, and able to deal with far more complicated sound images than possible to recreate from only 2 speakers. In nature it is critical to be able to hear where a sound is coming from – be it from behind, up, down, left, right etc. And also how far away that sound is. And to recreate some of that sensation you have to use more than 2 speakers. Hence the birth of surround sound – with multiple speakers placed around the listener. The first attempt – Quadrophonic Sound – was launched in the 70s and provided a 4-channel signal path, that gave a wider sense of space. But the format never really caught on, and was dumped. With the advent of video and home theatres, the movie surround formats became widespread. It came in anumber of varieties, with 5.1 surround being the most standardized. This format split the signal in 5 paths (left-center-right-rear left-rear right) plus a low frequency channel for reproducing very low frequencies in a special speaker – the subwoofer.