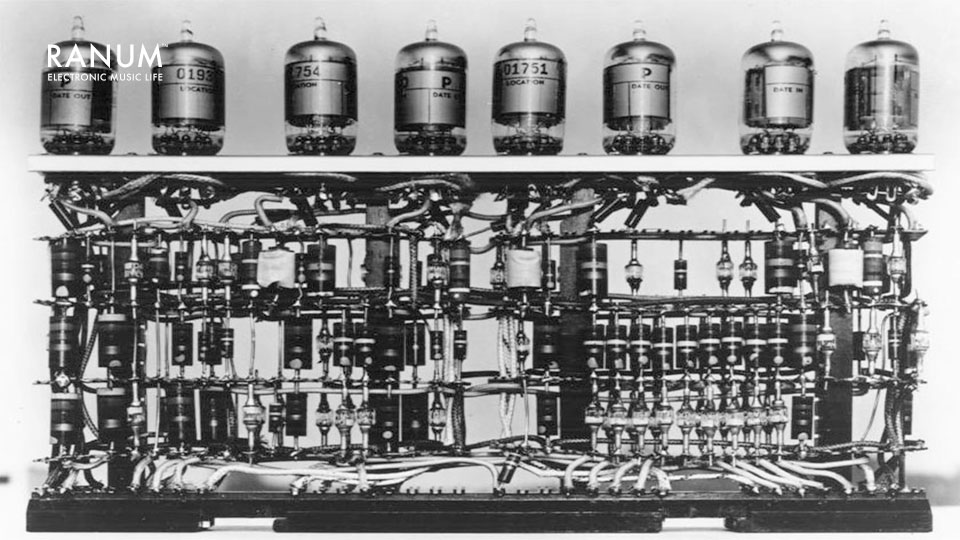 The 1983 Report on Danish Electronic Music

Out of the labs

In continuation of talks with Danmarks Radio, The Royal Danish Music Conservatory and the state committee for experimental music, I was asked to write a report on the current Danish electronic music scene as I saw it. The report was not very merciful towards the scene at the time, and proposes a renaming of the small, elitist organisation “DEMF” (Danish Electroacoustic Music Foundation) to the rather less appealing word “DEAF” (Danish Electroacoustic Avantgarde Foundation).

But it was too early for real progress in this field, although the future was already showing up in the form of the new MIDI standard. I tried hard to get the electronic music out of the academic circles and put to use in real life, but the official Denmark was apparently not ready for that in 1983.

But some years later – in 1986 – a real initiative was taken, incorporating many of my suggestions and proposals. Coinciding with the finalization of the large, new music and concert hall (Musikhuset) in Aarhus, a state backed electronic studio (DIEM) was established, gathering many of the activities that had previously been spread out on several small fractions and associations. Competently headed by Wayne Siegel, DIEM is still very much alive, and plays a central role in the education of Danish electronic musicians.

And recently the great people at “Strøm” has in 2017 finally managed to get sufficient funding from the authorities, to work intensively with information and coordination of the electronic music scene. A host of activities have already been rolled out, which in time will help professionalize the scene and get electronic music the widespread public acceptance it deserves.

(Photo by IBM. All rights belong to the original copyright holder)