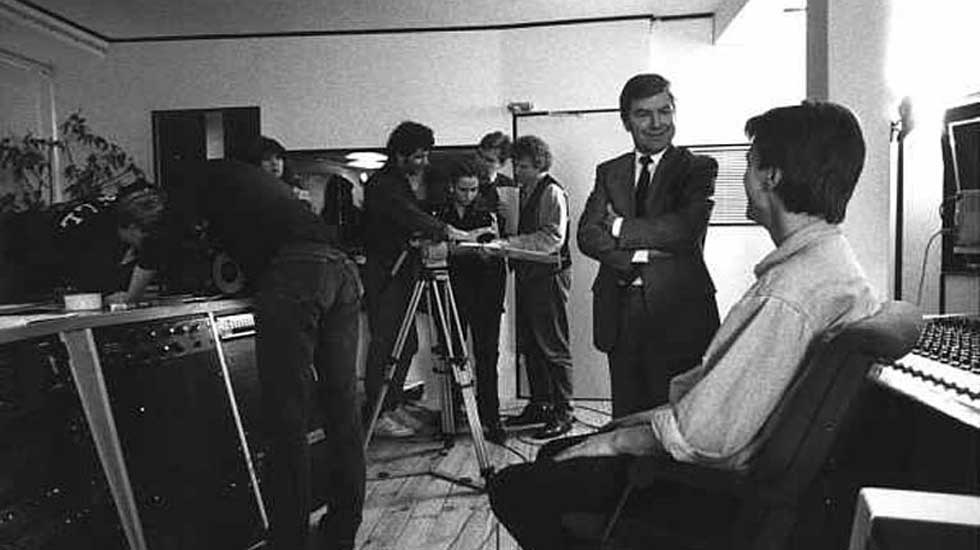 Rebels in the film business

In 1990 a special proposition (called “Fifty-fifty ordningen”) was made by the government, regarding the financing of the Danish popular movie productions. It was decided that a production company should come up with 50% of the budget for their film, before the Danish national FIlm Council would put up with the remaining 50%. This model was quite a drastic step from the previous system, where the companies only had to invest a smaller sum to get the funding. And where the more light and entertaining film genres could apply on equal terms with more serious dramatic productions.

This was seen by many as a strike against the popular Danish film production, and caused many of the players on that market to stand together in protest. It was decided to make a critical song and music video about it, with participation of many of the popular singers and actors of the time. The video was to be shot in my studio (Studio version 7) by a team from Nordisk Film, under the direction of Michael Carøe and Michael Bundesen of Shu-Bi-Dua. 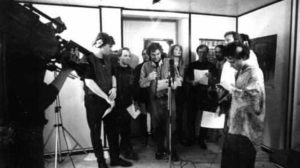 With so many prominent artists in one place, the responsive minister of culture – Ole Vig Jensen (R) – felt more or less obliged to join in, to get a feel for the nature of the “rebellion”.

Top image shows me, chit-chatting with the minister, while Carøe, Bundesen, Stephensen and Herdorf discuss the next scene for the video.