Movie: “The Power of Truth”

A good friend, Irene Greve, has traveled extensively, and being the spiritual person she is, she developed a special sense of relationship to the Dalai Lama, after studying his teachings and books. She even went to his refugium in Dharamsala in India, for a closer study. With her background in the media and film world, she decided to produce a documentary about him, coinciding with one of his visits to Copenhagen. 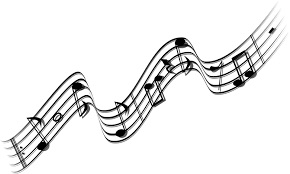 The full score was produced in a fixed key and tempo

I was handed the task of composing a music score for the project, and upon looking at the task, I decided to go with an innovative approach, that turned out to be very useful and productive, too. The idea was to produce the full score in a fixed key and tempo, which allowed for maximum flexibility when the final score came together. Although you may think it would be boring not to have more variation, it does provide for a surprisingly flexible workflow, and also gives a sense of coherence to the whole thing. And since everything sort of fits together, governed by the key and tempo, it is relatively easy to add stuff, or make cues longer if needed.

The score can be heard as one big work, but the individual cues also make good sense on their own.

The Power Of Truth - Part 1

The Power Of Truth - Part 2

The Power Of Truth - Part 3