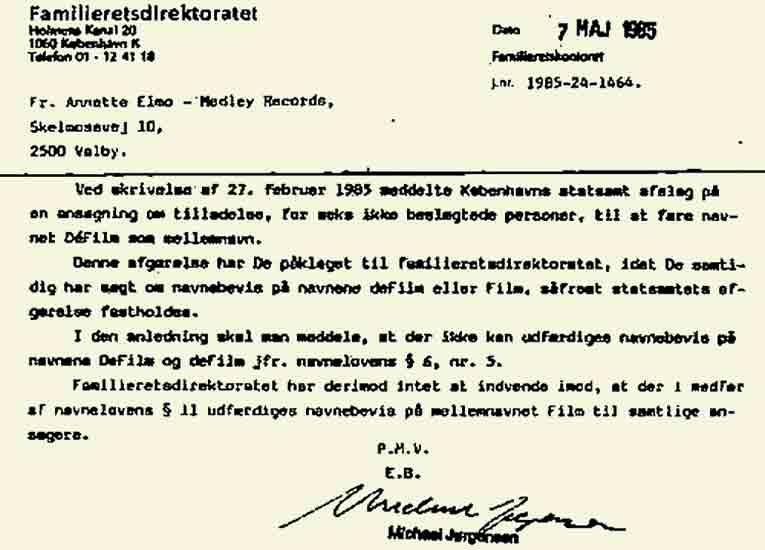 To emphasize the familiy feeling in the band, and obviously also as a marketing gimmick, it was decided that we should all take on “DéFilm” as our last name.

And in fact quite a few interviews were made, where we were simply named “Jesper DéFilm”, “Lars DéFilm” etc and so on.

We took it to the full extent when applying for a real name change in the Copenhagen City Council. The label backed us up, probably for promotional reasons. The request was denied, so we appealed the decision to the National Family Law Council. Luckily the refusal was confirmed by this council also.

Being in a small language territory, they did not allow us to replace our Danish heritage name with a foreign sounding name without any previous history in Denmark.

So my name is still Ranum….