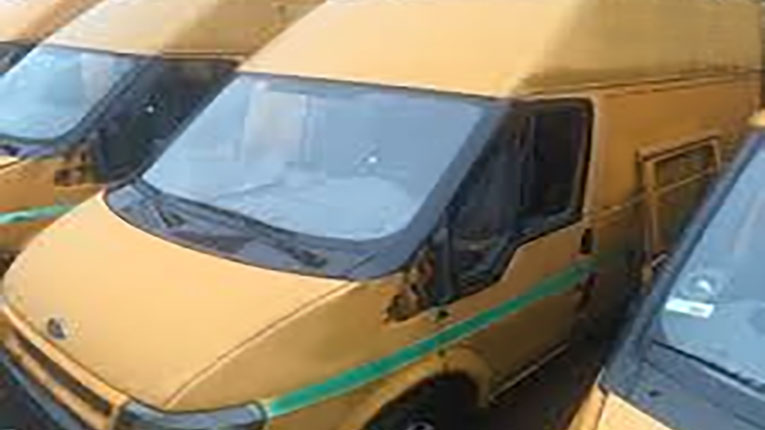 Bringing out the goods

DeFilm eventually got their own band car – a yellow Ford Transit formerly used by the Postal Service.

This was used to carry the gear back and forth between gigs, and often some members snook in the back also.

Only problem was, that someone had to stay sober enough to actually drive the van. This was no problem if the gig was so far away that you had to stay the night. But for gigs within reasonable driving distance it was too much of an expense to put up money for hotels and accomodations.