The Apple IIe was a very modern personal computer at the time of arrival, and preceded even the IBM PCs. The software for it was fairly limited, but there was a bit of everything, with some stand out options for music. My model had 48 Kilobyte of RAM from the factory, which I expanded to 64KB. The external Apple 5 1/4″ disk drive was necessary for loading and saving, along with a CRT monitor screen.

I acquired the Apple mainly to use as a substitute for the Roland MC-4B MicroComposer, that was difficult to use in a hectic band situation. So I acquired the Alpha Syntauri Digital Synthesizer, which promised to be able to deliver sound and sequencing functionality in a single package. But it quickly turned out, that the synthesis capabilities of the system were not adequate, and the sequencer would suffer from timing issues with dense sequences.

So instead I set the Apple IIe up with the Amdek CMU-800 MicroComposer, which had some definite advantages over the Roland MC-4B MicroComposer. It could save and load sequences to floppy disc, display much more data on the CRT screen, and was able to produce 8 different monophonic voices. The Amdek also had a quite primitive internal tone generator, with a bass voice, a lead voice a polyphonic section and a rhytm unit built in. The voices had very rudimentary editing, but could be treated with the Roland System 100-M modular system. 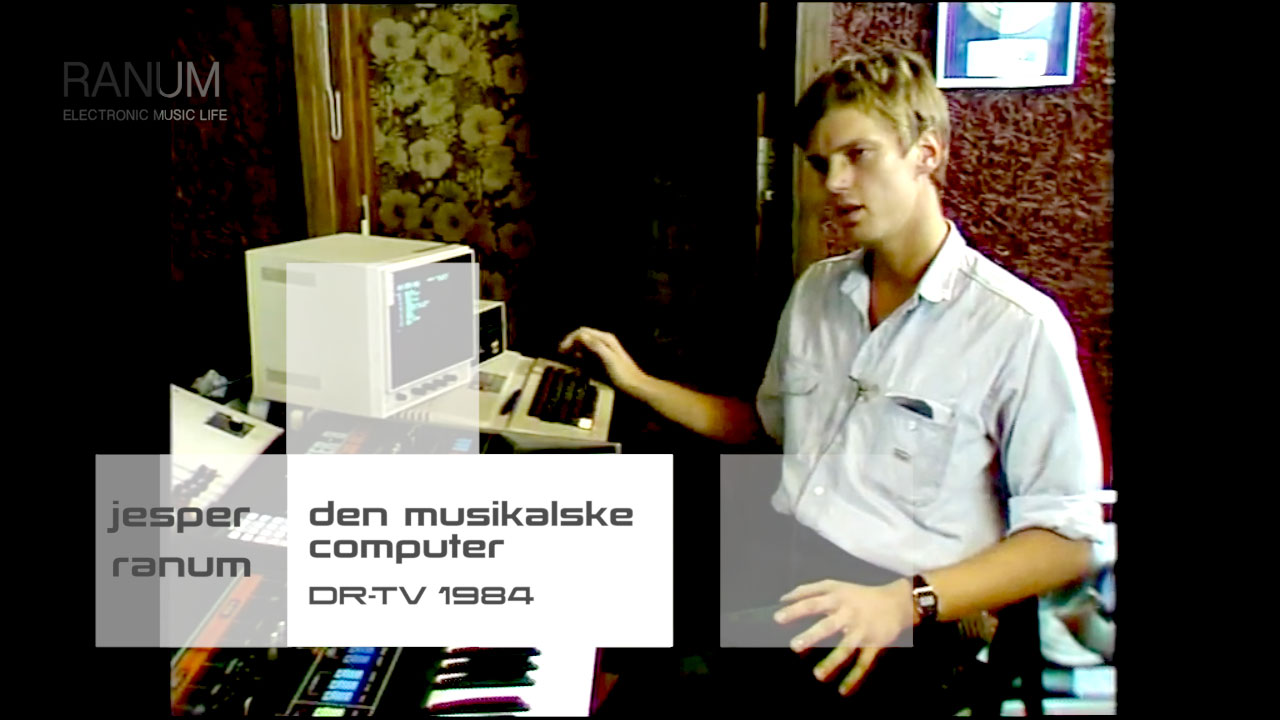 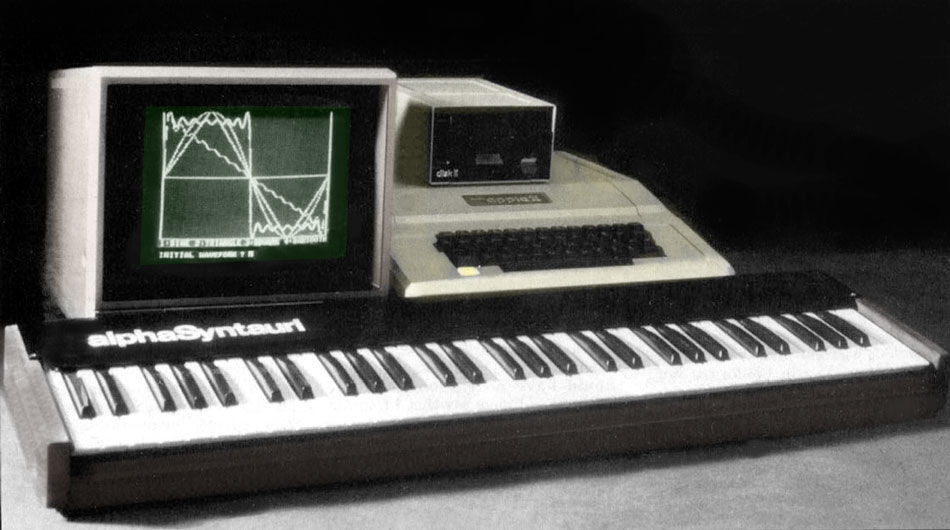 The Apple IIe in various situations.