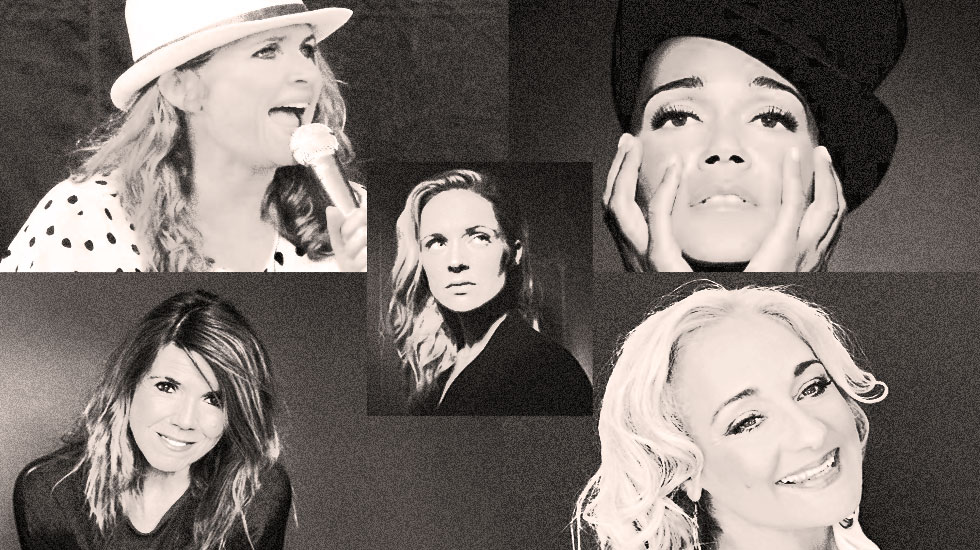 It is not uncommon that the stars start out in a more modest position as a backing singer.

Prominent Danish singers like Nina Forsberg, Hanne Boel, Cecilie Nordbye, Caroline Henderson and Agnes Obel have all done backing vocals for me before they themselves became the attraction.

Nina Forsberg and Cecilie Nordbye did the live backing vocals for DéFilm on their debut concert, just before their own band “One Two” was about to take off.

Hanne Boel provided vocals for several jingles, and did backing vocals for “Rockers By Choice” before she was offered to do her solo thing.

Caroline Henderson did both several backings for jingles and a lead vocal for a public campaign, just before she took off with “RayDeeOhh”.

And Agnes Obel provided the backing vocals for a quite obscene (luckily unreleased) pop song before whe went off to Berlin.

Some of these productions will pop up on these pages.