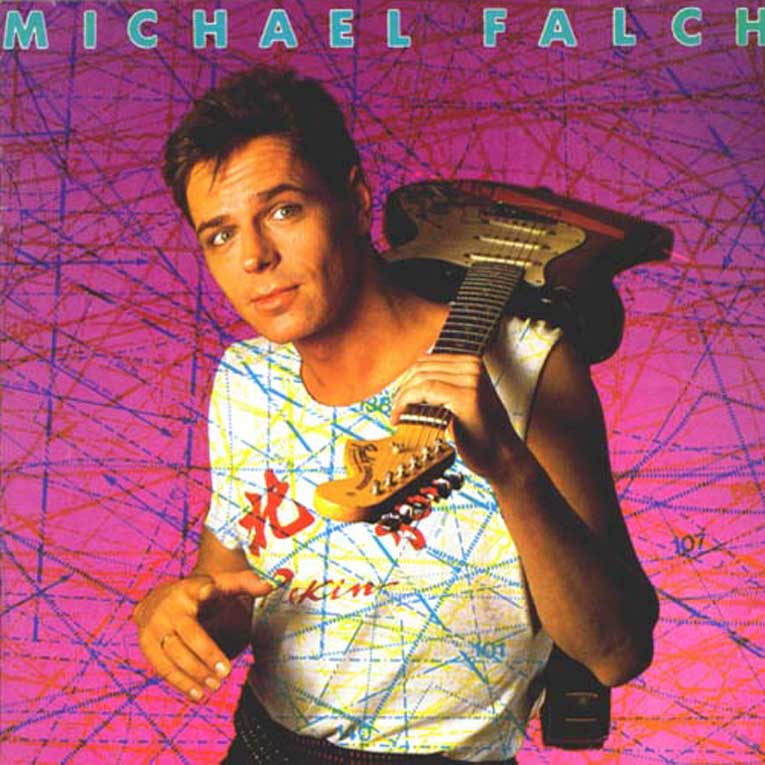 During recording of the first album by DéFilm I was appointed by Michael Ritto to produce an album for Michael Falch.

Michael was already succesful with his previous band “Malurt” – an energetic and youthful rock act with a rebel attitude, which was also released by Medley Records..

From rocker to popstar

Being in the middle of the 80’s – and calling for me – it was deliberately chosen to go after a much more electronic sound than Michael had had with “Malurt”. So i brought in my Roland Jupiter-8, Jupiter-6 and Roland System 100m modular plus the new and state-of-the-art Fairlight II sampler and started shooting. The percussive vocal sounds inherent in the song title, begged to be sampled in the Fairlight and play around with. It sounded funny and catchy, so it ended up being the intro for the song, and a really different sound for Michael Falch. Not all critics liked the way it turned out, but the public success was clear with massive album sales,

“Gak-guk-guk-gak-gak..” …Hello, Fairlight! The quite well-known song intro was my voice, recorded directly into the Fairlight sampler, and the drums are Fairlight, too. This track was the first single track from his first solo album, which I was handed to produce.