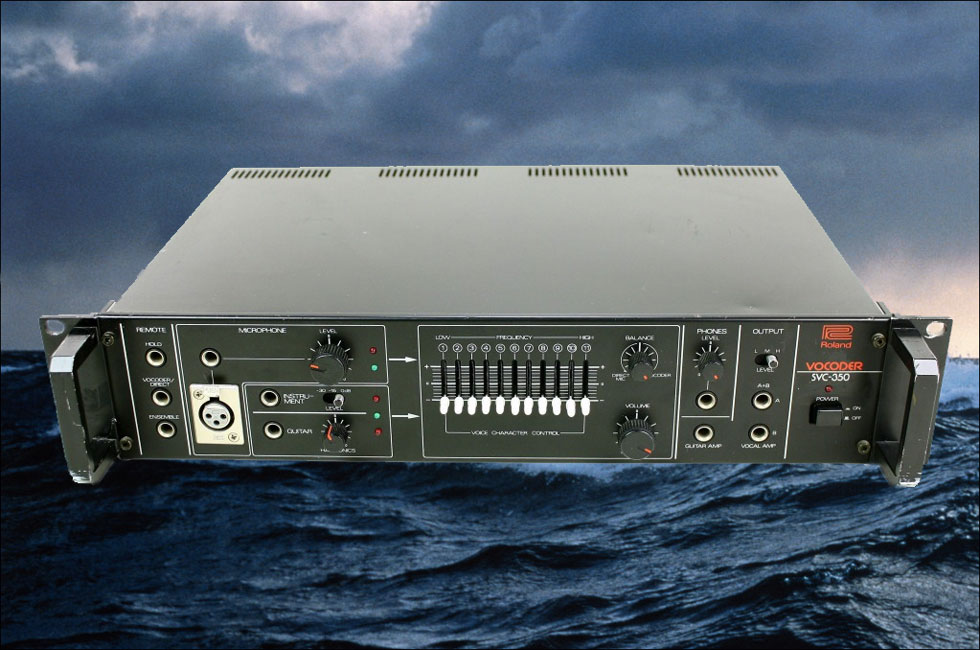 Since the early days of electronic music, the Vocoder has always had it’s place. Originally invented to reinforce intelligibility of telephone calls, the vocoder was soon abused by electronic musicians to make synthetic voices and other spectral processing.

Early albums such as Wendy Carlos’ “A clockwork orange”, “Tales of Mysery and Imagination” by Alan Parsons Project and countless disco hits all feature the vocoder in different skins and applications. And the sound of the vocoder has stayed current ever since, recently kept alive by bands such as Daft Punk and Air.

The SVC-350 Is an excellent sounding, compact 2U rack-mounted Vocoder with 11 fixed frequency bands.

With switchable Line and Mic modulator inputs and a carrier input you connect quickly and are ready to go.

The SVC-350 is also very well suited for live performance. With the relatively few parameters you can rely on a consistent performance, with minimal artifacts.

I used the SVC-350 quite often in the DeFilm productions. You can hear it on tracks like “Eat the Telegram” and “Yellow in my head” from the first DeFilm album..

I was also featured on several Ranum and Fluxic tracks. Take a listen to the Fluxic track “Steep Slopes” where the vocoder was used for rhythmic modulation of a synth pad.