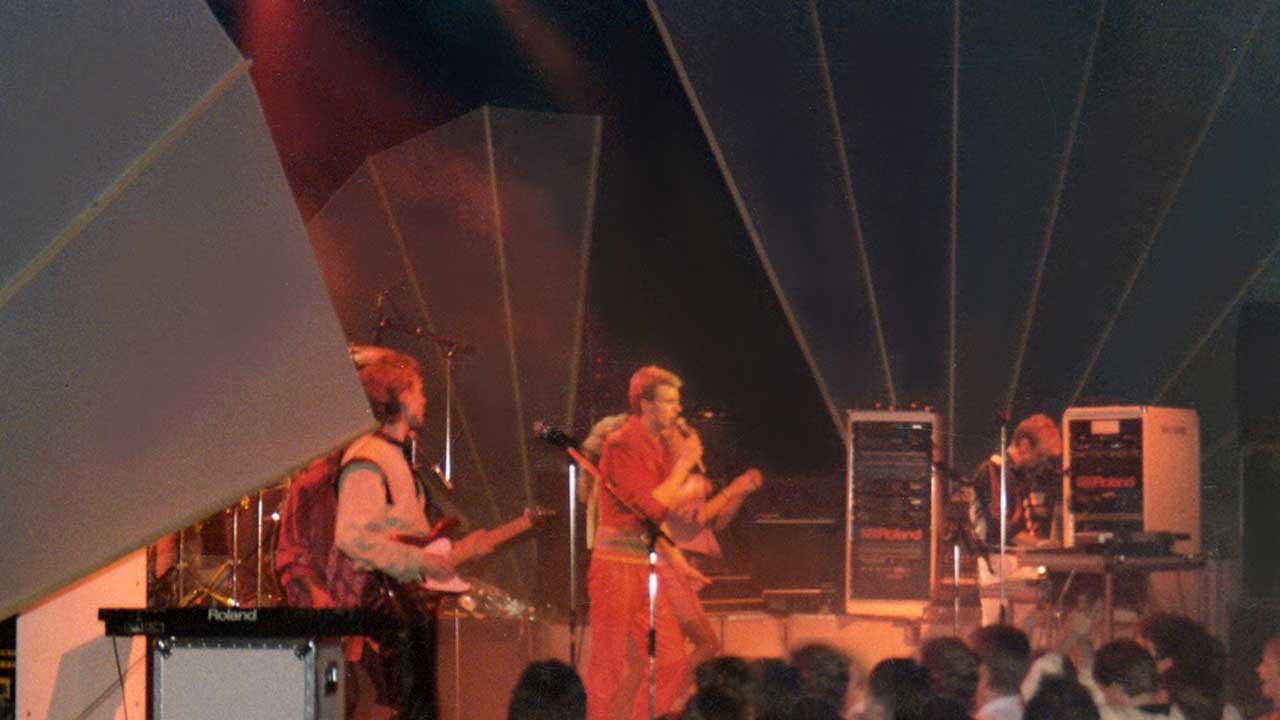 In order to present the DeFilm to a string of international record companies, Medley Records arranged a major showcase event. It should look like a regular concert played live in front of an audience of 1.200.

But it also happened to be the first public live job ever for DeFilm, so it was a major pressure on our shoulders.

Final rehearsals took place in the nightclub “Woodstock” in Vesterbrogade, Copenhagen. A quite worn place, but with decent acoustics and some lighting equipment to set the athmosphere.

With representatives from Warner, CBS, Epic and Virgin being present on the first ever live job, there was quite a lot at stake for both the label and ourselves.

Half of the equipment and the whole crew from the new “Medley Studio” was brought to the venue to ensure a perfect sound. Special stage gadgets were made, in the form of large expandable “fans” that provided the backdrop for the band. Since we had never played live before, the label had invited a gang of fans to create the proper atmosphere in  the quite large venue.

Although the press reviews were not very positive, the showcase obviously impressed some of the invited labels. So immediately after the concert we had a big party where we signed an international deal with Epic/Portrait Records, New York.