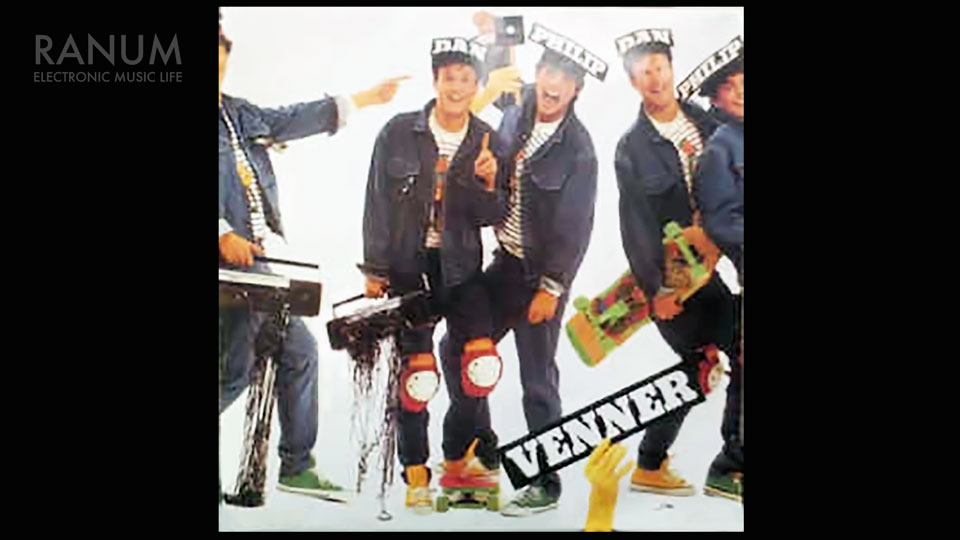 Around the time when I was recording the debut album by Rockers By Choice, I was asked to write a music track for 2 of the most prominent radio DJ’s on the new independent Copenhagen radio station “The Voice” – Dan Rachlin and Philip “Flunse” Lundsgaard. They had come up with a funny rap lyric, where they dissed each other in a friendly way. Being right on track with rap music production, I made a groove with a catchy chorus. Released by Medley Records, the track turned out pretty well. The track was released as a 12″ maxi-single, with the radio version and a dance version.

The guys were maybe not fantastic rappers, but had sufficient flow to deliver the track convincingly and with a funny vibe – enough to give them a decent hit with the track. And with friends all over the independent radio circuit, they of course got a lot of airplay.

I brought in female vocalist Susanne Carstensen (now Suzanne Dähn-Leach), to perform the chorus hookline, which she did very good.

The 2 guys are still active as DJ’s and entrepreneurs in various constellations. Philip Lundsgaard runs the Riva club in Rungsted harbour, and Dan Rachlin is now a very active blogger, with a large social following.