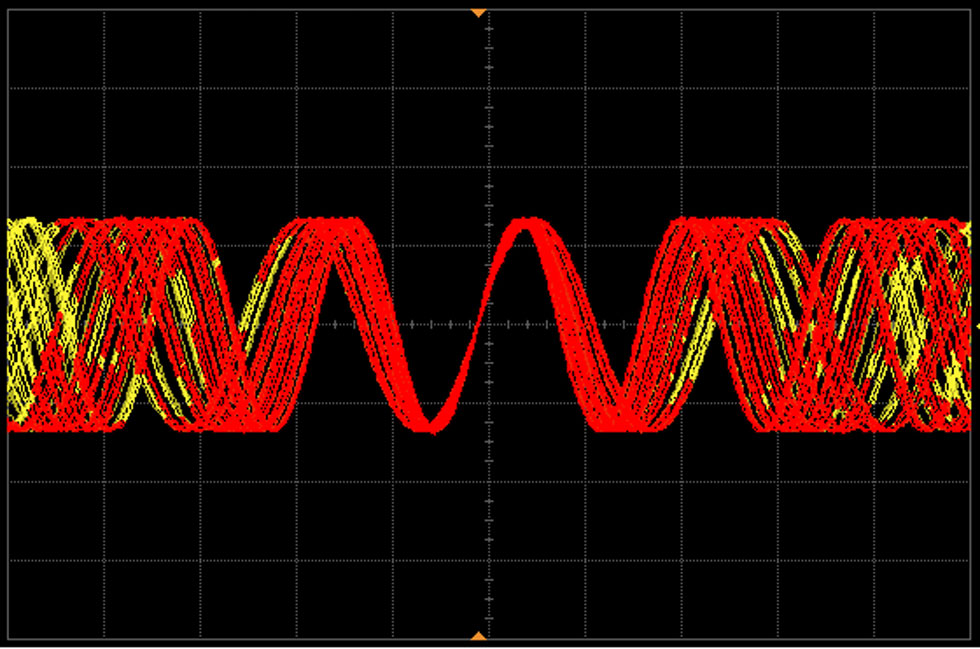 Frequency Modulation – or FM – is a key component in virtually all types of synthesizers, and has been an integral part of analog synthesizers from the very beginning.

Keyboard control – The most basic FM

Simply playing the synth from a keyboard can be defined as simple frequency modulation, forcing the oscillators (see Sound Generators – an overview) to produce different pitches (or “frequencies”) controlled (or “modulated”) by the changing voltages produced by the keyboard. Hence the name Voltage Controlled Oscillators – or VCOs. The static voltage steps from the keyboard keys can be calibrated to produce musically relevant pitches, matching those of a traditional keyboard instrument. And thus enabling the synthesizer to be used as an instrument in any musical context.

But Frequency Modulation has uses that far surpasses this basic use.

Adding a continuously varying, cyclic voltage at a relatively slow rate, forces the oscillators’ pitch to rise and fall accordingly. This is applied with an LFO (Low Frequency Oscillator) that is a special oscillator, mainly used for modulation purposes. With the right voltage pattern (waveform) in the right (quite small) amounts you can synthesize the slight expressive vibrato that can be created with many traditional instruments – like the violin. Regular vibrato needs a smooth waveform like sine or triangle. But if you change the LFO voltage waveform to a square wave, the vibrato will change to a thrill instead. And if you change it to more musically unusual patterns like sawtooth, it will tend produce special effects like bird chirps or fire sirens.

Controlling the pitch with an envelope generator, causes the pitch to rise and fall according to the set envelope. This can be used to emulate various instruments – both tonal and percussive.

Many stringed instruments start with a very short downward pitch fluctuation before the tone stabilizes.

And many brass instruments also produces a brief pitch movement, just as the air pressure is applied. Witness the famous Oberheim brass sound, that replicates this behaviour with a pitch envelope. And the kitschy main synth theme from “The Final Countdown” by 1980s rockers “Europe” also features this.

There is even a falling pitch element in all drums, the moment the drum is banged, as the drum skin tension is released. This can be replicated with a short envelope movement, and became famous with the synthetic disco toms in 70’s hit disco music. German pioneers Kraftwerk featured synthetic drum sounds made this way that has been very influential – right up to the dance and EDM music of today.

Trance and EDM music features a lot of rising and falling effects sounds, that can be made with slowly attacking or decaying envelopes controlling the pitch. The often used “riser towards the drop” can be made this way.

Audio rate FM is what is normally associated with “FM synthesis”, and it the principle upon which the synth classic, Yamaha DX-7, relies. FM was originally defined by John Chowning as early as 1964.

FM can both be created in a fully analogue signal path, or entirely in the digital domain. Both have advantages.The analog version sounds very good, but the digital version is much easier to control. The DX-7 is a fully digital synth, so the FM is generated digitally.