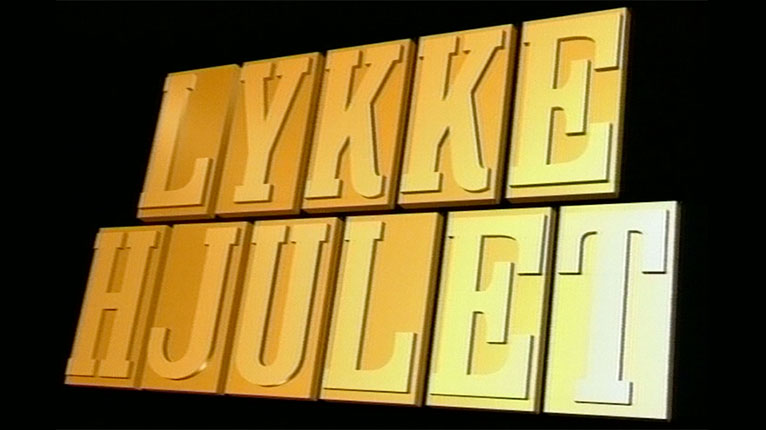 When Nordisk Film & TV a day in 1989 asked for a jingle for an upcoming quiz program, I had no idea what was coming. The job was commissioned by my old associate Klaus Kjellerup, who was also asked to do the jingle for an additional talkshow in production. So he asked me if we should co-operate, so I handled the quiz-program while he handled the talkshow.

Both programs were extremely successful – but it was the quiz program that should run for the longest time – 11 consecutive years with daily exposure.

The talkshow program was called “Eleva2ren” – and broadcast in primtime on the then new Danish national broadcaster – TV-2. And the quiz-program was called “Lykkehjulet” – the Danish word for “Wheel of Fortune”. The concept and format for the program was licensed and the program was produced in Nordisk Film studios in Valby, Copenhagen. The producers opted to go with a local music production, rather than the international version which turned out to be a good idea.

Pure electronic media music was still not very common in 1989, but nonetheless I chose to completely skip electric and acoustic instruments and go for an all-electronic, synth & MIDI based track. The main theme took shape rather quickly, building on a groovy backing track. Kjellerup had a few comments on my initial demo, and when fixed that was really it.

The drum samples are typical of the period, with a very hyped characted – especially on the snare drum. Everything was sequenced directly from Cubase Atari 2.0.

The track was made available in many different permutations to be used in various parts of the program. The music was running continuously underneath the somewhat lengthy product presentations – a part of the commercial value of the program.

Breakdown of the instrumentation: